Government in our bedrooms: The parallels between prostitution laws and abortion laws. (Sept 2014)

When a government protects workers by criminalizing them – a satire. (March 2014) 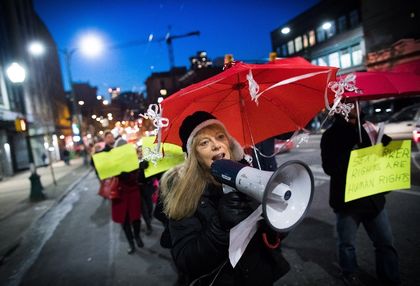 The mistaken logic of ‘asymmetrical criminalization’ — a.k.a. the Nordic model of prostitution – Part 1 of my critique of the prostitution abolitionist viewpoint, rebutting the legal model that criminalizes the purchases but not the sale of sex. (Feb 2012)

A 2010 deadline for prostitution – Decriminalization and a sex worker cooperative in time for the Olympic Games would provide safety and equal rights. By Joyce Arthur and Tamara O’Doherty, Vancouver Sun (December 6, 2007)

Why Prostitution Cannot Be Abolished, and why it shouldn’t be. Why do men buy sex, and why do prostitutes have such low status? A look at the roots of prostitution and whether it’s bad aspects can be changed or reduced. (Dec 2006)